On Thursday January 7, 2010 (last week), I had the privilege of representing Kantara Initiative, in my role as Chair of the Identity Assurance[1] Work Group (also proxying for the Healthcare Identity Assurance Work Group) as a panelist in the Nationwide Health Information Network (NHIN) Workgroup hearings.

NHIN focuses on the definition of standards, guidelines and specifications on both technology and legal areas to enable the secure exchange of health information over the Internet. The focus of last week's session was authentication.

It was a great experience for me, particularly given the significance that NHIN's efforts will have in the way healthcare services are provided in the US over the next few years. The session made it clear that we are reaching a convergence of various efforts in identity management, which have reached the maturity level needed to address very real and critical business problems, and that the time to execute has come. Many of these efforts have been evolving over many years thanks to extraordinary contributions and leadership in both private and public sectors. This realization conveyed a sense of purpose and responsibility that quite frankly was not evident to me until the session actually started. Yes, I realize that at times I get very existentialist.

The format NHIN adopted for the hearings was very effective. It started with a viewpoint from US Government panelists followed by two sets of private sector panelists (I was part of the last round).  My fellow panelists did a really good job of providing their viewpoints in a clear and focused manner, and engaging in a very productive and dynamic round of Q&A after each round. This format made the sessions more productive, covered a wide range of viewpoints, and also helped identify themes and synergies. I commend NHIN on this.

Transcripts of the entire session, including audio voice-over and written testimonies, are available online. Also, Kantara published my written testimony in their blog area.

In this blog post, I intend to provide my summation of the event, and speculate on its potential outcomes.

My thoughts about the outcome

This was a worthwhile session with valuable insights and a broad range of important perspectives that rarely get discussed in a single sweep. I am very optimistic about the direction that NHIN could take in the aftermath of this event, and my read on some of the deliberations by the NHIN work group following the hearing fuels that optimism. My hope is that we do in fact see the convergence of approaches in healthcare that will allow for a faster pace of evolution and adoption, rather than a separate, healthcare-specific approach to authentication that may prove too ambitious and demand much longer timelines.

Here are my speculations on what may come out of this:

I would love to hear your comments and feedback.

[1] Identity assurance, in an online context, is the ability for a party to determine, with some level of certainty, that an electronic credential representing an entity - whether a human or a machine, with which it interacts to effect a transaction, can be trusted to actually belong to the entity.  In the case the entity is a person, identity assurance is the level at which the credential being presented can be trusted to be a proxy for the individual to whom it was issued and not someone else. 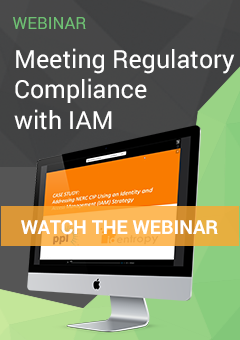